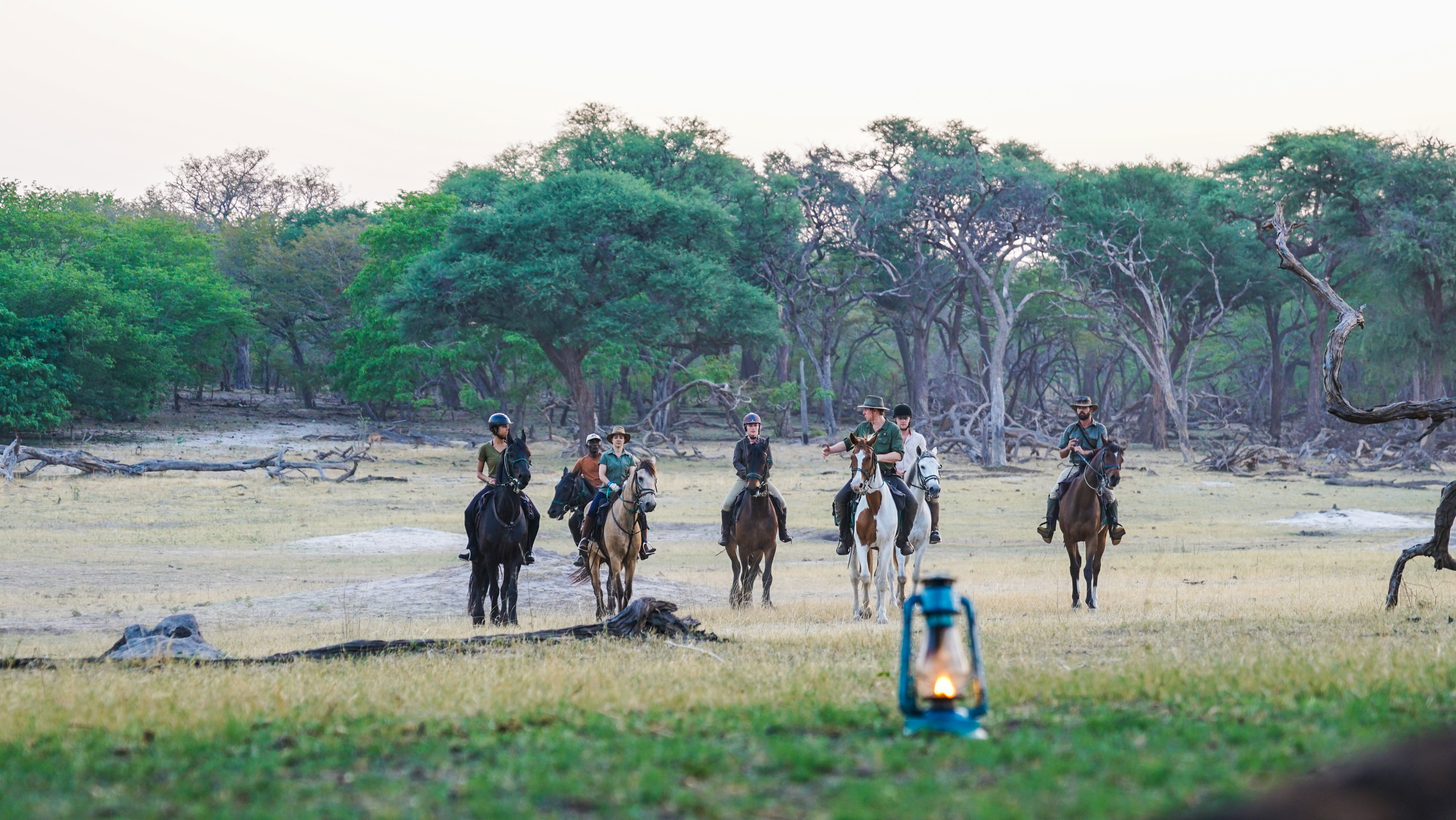 It has been an extremely difficult time for everyone in the tourism industry but there has also been a huge amount of growth and progress. Ride Zimbabwe has partnered up with Iganyana Tented Camp to offer horseback safaris in Hwange National Park. Ride Zimbabwe caters for a lot of international travellers wanting to come on a horseback safari and that was stopped by Covid. Ride Zimbabwe got Rhino Creative involved to come and shoot a brand new promotional video to target the local audience in Zimbabwe and even the international audience. The idea was to get locals travelling for this and to remind the international what they are missing out on so that they return when travel opens again.

This was a very interesting project to work on, it is such a privilege to work in Hwange National Park, we have already dealt with Ride Zimbabwe in the past so communication was simple and straightforward as we all knew what was needed. We drove from Harare to Hwange the day before the shoot to get ready, scout out locations and get the horses used to the drone noise. We stayed at Iganyana for five nights and enjoyed every second of it! We focused on filming early mornings and late afternoons to make full use of the golden light. There are some challenges to filming in the bush, firstly some shots had to be done while riding the horses - this was to achieve the feeling of being there on the ride, we struggled to find animals but rather focused on the amazing scenery. Over the 5 days, we captured as much footage as possible to try and show people what a horseback safari feels like.

The video did very well and got an excellent response, the video has had over 41k views at the time of writing this and that number continues to grow! When people are looking for a riding Safari this video plays an important role in capturing their attention and showing that Ride Zimbabwe offer the best Safari there is!

Thank you! Your submission has been received!
Oops! Something went wrong while submitting the form.
Your Business Amplified

READY TO MAKE YOUR MARKETING WORK?